Antibiotics: Should You Take Them, and How? 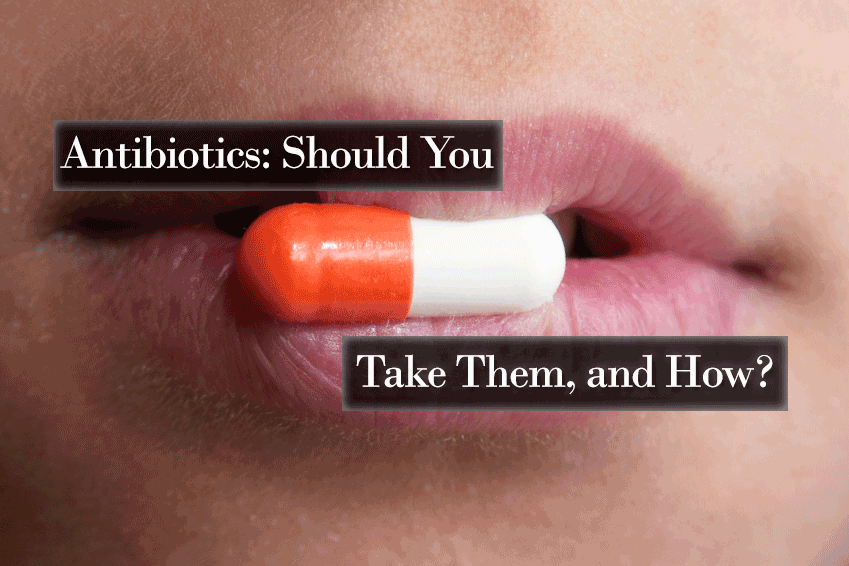 Antibiotics pose a myriad of threats to patients, the environment and society at large. Unless this issue is addressed, the health of America and the world could be at great risk. What you can do to help yourself and others.

It is widely known that increased bacterial resistance to antibiotics is a major concern in America, and the world. How and why has the distribution of antibiotics gotten so out of control?

Reason No. 1: Non-Compliance – When patients have been properly diagnosed as having contracted a bacterial infection of some sort, such as strep, they are normally prescribed an antibiotic. Patients often do not complete the course as indicated. The result? The offending bacteria are not eliminated, as they should be, from the body. Instead, bacteria develop a resistance to the drug. As these new resistant strains spread from person to person, they stand to become increasingly resistant, and may reach the point where current drugs are rendered powerless against them. Death can result, and often does. Educator Richard Thornley discusses this in his virtual reality video.

Reason No. 2: The Wrong Conclusion – Americans expect perfection from the goods and services they purchase. Health care is no exception. Doctors believe that their patients want a fast, effective cure to common illnesses. And so, when patients come to them with serious colds symptoms, for example, doctors fulfill their supposed wish, and prescribe antibiotics, even though it will not solve the issue (viral infections, for example, do not respond to antibiotics. In effect, patients often do not want or expect antibiotics, but doctors believe they do, and there’s the rub.

Health experts say physicians need to fight the urge to prescribe, and many of them are indeed changing their habits. The CDC is working to educate the medical community on this.

Reason No. 3: The Environment – According to drug research, Lance Price, factory farms are using low-dose antibiotics to prevent disease in animals. The problem is, the drugs create massive production and distribution of drug resistant bacteria that are distributed and sold to human consumers, rendering antibiotics useless for fighting disease in humans. Watch this compelling video.

Reason No. 4: – Hospital Practices – Poor antibiotic prescribing practices in hospitals can needlessly put patients at risk for Clostridium difficile infection (deadly diarrhea) and future drug-resistant infections. Hear what Dr. Tom Frieden from the Centers for Disease Control has to say.

What to do about antibiotic abuse

Consumers can play a vital role in reversing this troubling trend. Here are just a few:

All of us can play a part in solving this time bomb of a problem.

It's Thursday 7:31 PM — We’re currently closed, but please do contact us online, or leave a message. Thank you!