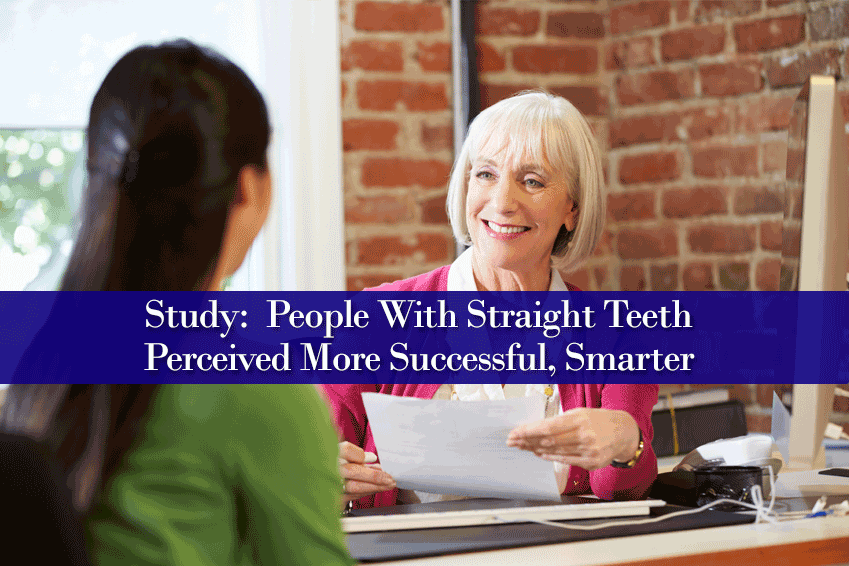 It’s true! A major survey confirmed that two in five adults would choose not go on a second date with a person with crooked teeth, and over 50% believe crooked teeth make a person less likely to land a job when competing with a similar candidate with straight teeth.

It is generally thought that people make snap decisions based on appearance, whether it be teeth, clothing, hair, or smell. A study by Kelton Global, a major market research firm, is further proof that even the straightness of your teeth can lead to assumptions about how successful you are, how popular you are, how smart you are, and how generally healthy you may be.

According to the study, about two-thirds of Americans are more likely to remember attractive features than those they find to be unpleasant, and many Americans report that great looking teeth are a memorable feature when first meeting someone.

The digital perception study, taken by over 1,000 Americans across the country, displayed photos of people with a variety of dental issues, and asked for their perceptions. They were not aware that the primary differential was the straightness of teeth.

Results of the study showed that the individuals with straight teeth were thought to have more desirable attributes, such as a high level of happiness, were more loved by family, and more professionally successful.

Memories, Memories – 29% said the first aspect of someone’s face they typically notice is teeth, and 24% say this is also the aspect they remember most.

Love at First Bite – Those with straight teeth are perceived to be 57% more likely to get a date based on their picture alone.

Let’s Get Social – 38% would consider not going on a second date with someone who has crooked teeth. This is compared with only 23% who would do the same to someone who lives with their parents.

High on the List:  57% would rather have a nice smile than clear skin. and 87% would forego a nice thing in their lives for an entire year in order to have a great smile for the rest of their lives – 39% would choose to give up dessert, and 37%, vacations.

As Timothy A. Mack, an executive at Align Technology, maker of Invisalign clear aligners, commented, “We live in a society where looking good heavily impacts how we are perceived. You can say you’re not supposed to judge a book by its cover, but people do it every day.”

See your dental practitioner to discuss!

It's Friday 10:47 PM — We’re currently closed, but please do contact us online, or leave a message. Thank you!